I have collaborated with Fischer Publishers LLC for 24 years, on a solid and intensive basis. In these years I took on diverse functions: Initially as graphic designer and later as a commissioned person for the budget of Krüger Publishers, further as a responsible person for the graphic design of O.W. Barth Publishers and maintained press actions and advertising measures of the press and sales department, later also as a freelancer.

During the first years of their online activities I supervised the website www.fischerverlage.de, wrote texts and was responsible for updating the site. Among other things, I maintained monthly publications for bookselling and developed interactive PDFs for the juvenile books. Furthermore, I was given the opportunity to help shape the 125th anniversary of the steeped in publishing house as well as actively participating in many Frankfurt Book Fairs. 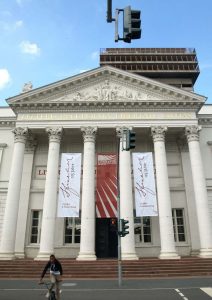